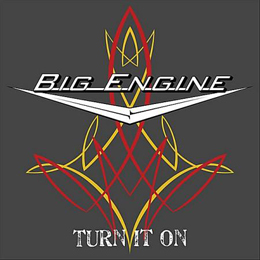 Neither of the few sources giving out the info, I am quite uncertain as to when this Jacksonville (Florida!, not Arkansas, North Carolina, or Texas) based quartet (consisting of lead singer/ guitarist Tony Minkus, lead guitarist Hans Oellerich, bassist Ryan Wilcox and drummer Benny Pucket) first got together to play their Country and Southern flavoured Classic Hard Rock tunes...but their MySpace page was opened on Jan. 30, 2006, so many that's a good indicator?

At any rate, the band already released two full-lengths before, 2007's Rock 'n Roll Machine and 2009's That Girl, have been playing up to 200 shows a year, and along the road have made good friends on stage with the likes of Buckcherry, Motörhead, Brett Michaels, Vince Neil, Charlie Daniels, 38 Special, Ted Nugent, Shooter Jennings, and the list goes on... The band apparently has a share of die-hard fans which follow the band wherever they go, and they claim to make new friends at each and every show. Besides playing your usual venues in “The South”, the band is also know to be regulars at Daytona and Sturgis bike rallies, as well as at NASCAR races.

The band's music is quite similar to The Cult, both vocally as well as musically, though at their page on ReverbNation other sound-like comparisons also include AC/DC (my first idea was to compare the band to a slowed down AC/DC with a different singer, especially after hearing the anthemic “Make Your Move”...but the Cult actually nailed the coffin), Tom Petty And The Heartbreakers, and Buckcherry. At any rate, their music is quite uplifting, and it is therefore not too surprising to me that the boys' gigs have come over as well as they did. For a decent getting acquainted with the band's music, check (www.) myspace.com/bigenginerocks, where the band posted no less than 15 songs (including 5 of the 8 on Turn It On). More than enough to get into it, or drop it! Nice party Rock band!