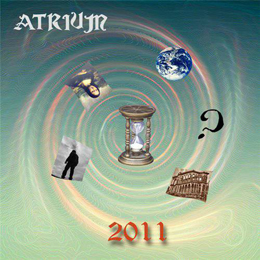 Before getting started, I need to apologies to all bands on the TSM/ SLW roster who have sent us their material in the last 4 months, and are still waiting for a review to be published. In September of last, yours truly suffered a major blow to his normally prolific writing sessions, when after being taken over by a new guarding company I was forbidden to surf on the Internet during working hours, or even work on anything not related to the job (which was never a problem to the client – in fact, they preferred their guards to have something to occupy themselves during resting periods, as this not only kept 'em awake, but also sharp). All other benefits previously allowed by the client (like my coming outside normal working hours to do more research) were at the same time eradicated and void.

In essence, this resulted in causing a serious case of writers' block, from which I am only slowly resurfacing, as  I will pretty soon be able to finally have Internet installed at my home (that was not possible before, as the house needed several interior works to be completed first). Indeed, when one has been used to having access to such a fine info source as the internet, and finds oneself cut off from that all suddenly like, one can hardly be expected to work at the same level of efficiency as before...and I am currently still somewhat limited to the info you nice people send out along with the promo copies of your albums. Still, I hope everything will change again in a couple of months. Of course, I will not be able to write at the same pace as used to be, and the first couple of specials will contain slightly older material. However, as the material comprised is not often found on the “bigger” media, many of these items will still be new to most of you!

The origin of this Lisbon based Portuguese Sympho-Prog band goes back to late 2003, when long-time friends Carlos “Caito” Martins (bass, additional acoustic guitar) and Rui Godinho (lead vocals, piano, keyboards, extra percussion) met each other again after having been apart for several years.

With the inclusion of guitarist Pedro Cravo at the beginning of 2004, a hard core was formed, and a basic musical path established. A steady drummer was apparently harder to find, but the band muddled on, melting the original members' influences of Genesis, Yes, Camel, Pentagram, IQ, and more of such, into their own compositions. The band self-released its 2008 debut album Let Me Dream, and followed that up with sophomore album 2011 in...wanna guess?...2011, of course. These albums generated enough interest from the Portuguese Prog scene, to make for seeing Atrium play support slots to Barclay James Harvest in 2009, and to Asia in Spring 2011 (both in front of a decent audience at Lisbon's Aula Magna). Not long after, apparently, the drummer left, and it took some time to replace him by one Rui Silvero. In the process, the band also added Bruno Godinho to the line-up for shared lead vocals and additional guitar and synthesizers. Their latest release is the two-tracked EP Places, which became available digitally in May of last, should've been released in CD form during September.

However, what the band sent us, is their 2011 full-length, which comprises 7 songs with a total length of just over 64 minutes, recorded between June and December 2010 at the Meninos da Linha studios in Lisbon suburb Paço de Arcos (actually more than 10 km West of the center of Lisbon). Expect the softer kind of Prog Rock, with slight hints of the Symphonic elements as well, and an equally calmer singer whom does not master the English language perfectly. Weirdly enough, although I would say that in most other genres this speech impediment is for certain a hindrance, that is not so in the Prog Rock genre, as fans of that type of music are generally far more open-mended. So, if you're into Prog Rock of the calmer kind, and don't mind a slightly accented singing, then by all means check out the band's material at (www.) myspace.com/atriumprogpt. Also check the band's own webspace (www.) atriumprogpt for more info (if any) and links to the band's pages at ReverbNation, twitter, or facebook.

The album, as well as the more recent EP Places, is available from CDBaby, where a quick listen to the new tracks' samples will tell you that the addition of the new members didn't really change much to the band's overall sound (nor of it's accented singing)