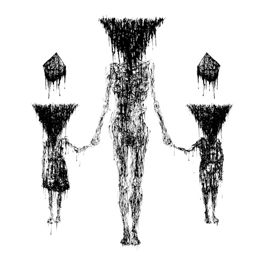 From the viewpoint of the music reviewer, the continued digitalisation of the music industry has come with mixed blessings, for where physical promo copies have now become a rarity, one increasingly comes across some truly incredible bands and artists which, thanks to an ever more accessible Internet, can grow from local phenomena into (moderately) global players...all without the aid of the money-grabbing major labels. As far as I am concerned, Californian one-man Industrial Doom/ Drone Metal act Author & Punisher is one of those deserving recognition on an international level!

The man behind A & P, one Tristan Shone, has apparently been active in Metal bands during his youth...even played the guitar if I understood correctly...but had found it increasingly difficult to rehearse with bands when he went into his studies of Mechanical Engineering (which he finished with flying colours – at the moment, he works in that capacity at the National Center For Microscopy And Imaging Research and at the Center For Reasearch And Computing In The Arts at the University Of California in San Diego). In order to be able to make music whenever he felt like it himself, he eliminated the necessity of band members by building his own Drone/ Dub machines. Fabricated from raw materials, these custom-built machines use open source circuitry, and draw heavily on aspects of industrial automation, robotics, and mechanical tools and devices. In fact, playing the machines requires use of considerable force from its player, but they are a true sight when being played by one whom is accustomed to 'em. At this point, I would like to mention this review of a live session by Pitchfork : “...seeing Shone play his music is a much different experience. He renders these songs using massive devices he built himself to control an onstage laptop. A bit like a cyborg, Shone grapples with and writhes among his machines, making music that's not necessarily alien with tools that are”! Sounds intriguing, don't it? Well, in fact I would advice the reader to first check out the videos available at (www.) tristanstone.com, before checking out any audio material! For one thing, the videos also show how, through the use of a custom built mouthpiece, Shone is capable of bringing different kinds of effects to his vocals.

However, back to basics, meaning the output of this artist, whom first let himself be heard of as Author & Punisher with 2005's The Painted Army. Two years later, that debut album was followed by Warcry, but it wasn't until 2010's Drone Machines (released through Tel Aviv based label Heart & Crossbone), that Shone had found his full compliment of mechanical music machines, and follow-up album Ursus Americanus (released in April 2010, the first under a deal with Seventh Rule Records) focused primarily on those. Nov. 2012 then, saw the release of Magnetik, but I am at this moment uncertain as to the nature of that album (haven't got Internet at hand right now!). On his latest album, Shone combined his machines to more conventional instruments (keyboards and piano for one!), to “stretch and blur the dynamic palette from Doom to Industrial, to heavy bass music, and back again...”!

What this means, is that very accessible passages are alternated with more aggressive ones in a way which is simply put compellingly appealing! Doom, Industrial and Noise on the one hand, Dubstep and Pop on the other...and Shone understands the dynamics to make those go together on one album, frequently in one song! Okay, then now for audio, and a nice surprise : you can stream the complete album (and all releases preceding) at Bandcamp (find the link via (www.) seventhrule.com!

Those lucky enough to live in the US, may have seen A & P during a Spring 2013 tour he did in support of A Life Once Lost, and Europeans in the know will certainly not have missed him when he was doing a short headlining tour (12 dates in 17 days, in selected venues in Holland, Germany, the UK, Belgium, Slovenia and the Czech Republic) during May. People living along the US East Coast (including Canada's Toronto & Ontario) had better check the tour dates on the artist's website, because during August Shone is out thaddaway! Great stuff this, and more than deserving of the perfect rating I gave it!