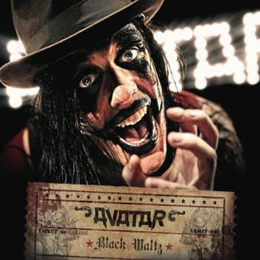 I had no idea what to think of this band/album.  It’s true I hadn’t even heard of the band before, yet it’s already their fourth album since their debut in 2001.  But in my opinion not knowing this band hasn’t done much damage to my system.

I don’t know what style of music these guys want to bring us. At times I think they sound a bit like Slipknot but then there’s some death metal seeping through, only to be replaced by a more industrial sound a bit further down the line.  And to make matters even worse they have also mixed in a more commercial sound on occasion. What also immediately put me off were the vocals.  You see I like my singer to sing, even Mr. Lemmy Kilmister does a better job than this shouter.

To sum it up: this is not an album that I will ever play again.