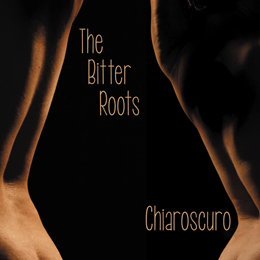 This Seattle based Alternative Rock band was started when, in 2008, Ben Koostra moved there and reconnect with his old friend Jeff Stetson, whom he'd known back in the days in their hometown of Missoula, MT.

It so happened that Jeff (former frontman of Seattle based manSaveman, a band which released 4 albums between 2001 and 2006 – back in Missoula, in the early and mid '90s, he had played with the bands Chiseler  and Into the March) had just written a new set of songs, and was looking to form a new band. Ben having played in the Missoula bands Ein Heit and Silkworm (and on several albums over the years) made the search for a drummer (and occasional keyboardist) a very short one, and with the addition of Don Allen (whom had reacted on an ad in a local paper – Don, by the way, used to play bass for a band named Loser), the formation of The Bitter Roots was a fact! So far, the band has released 3 full-length albums through their own imprint Water Works Hill Recording Co. imprint : 2009's self-titled debut, November 2011 released sophomore album Moral Hazard, and their most recent outing, Chiaroscuro.

Now, if you were to ask the members to describe their music, they would say (from the info sheet we got along with the promo copy of the album): “The Bitter Roots' music can best be described as driven soulful Rock, guitar oriented and diverse, with vocal harmony and tight rhythms...the band draws from Punk, Metal, Garage and diverse Melodic Rock sounds from the West Coast to the UK, to create a unique sound that is truly original”. Oh, no other bands you can be compared to? Well...”You may hear influences from the likes of The Cure, Janes Addiction, REM, Deftones, Nirvana, and many others...”! If that sparks your interest, don't forget that an influence can be a weird thing, and the way someone perceives his/her own music may not always how it comes across to other people! Somehow, I cannot shake the feeling that there's a red line through the songs, and this may therefore be a conceptual album, bringing a protest against US warfare in Iraq. Additional detail, mixing and mastering of the album was done by Floyd Reitsma, a veteran of the Seattle scane whom has in the past worked with the likes of Dave Matthews, Audioslave, and stone Gossard (of Pearl Jam). That diversity also reflects in Chiaroscuro, on which you'll find more heavy guitar driven songs alternated with far calmer, almost acoustic (if not indeed actually acoustic) ones. Just to make an example of the band's diversity, the track “Huegette Butte America” has some wacky Reggae-Dub Rock passages.

So, best you check out the music available at (www.) bitterrootmusic (all music may available for listening there is also downloadable for free). The band also has a page on (www.) MySpace (.com/bitterrootsmusic), (www.) facebook (.com/TheBitterRoots), (http:// thebitterroots.) bandcamp.com, and (http://) soundcloud (.com/jeff-11-1).