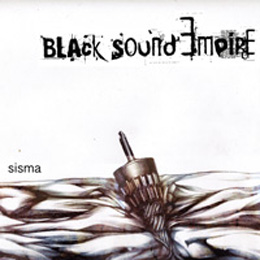 Black Sound Empire is a post metal band from Italy. Although they already started four years ago, in 2009, they've only just released their first full length record, called Sisma. During those four years, they focused on live performances, which stood 'in the way' of releasing a debut album. Sisma is that reward they truly deserve after all those years of hard work.
The record was well thought over, as it sounds very complex. Just take the first song, Sober, for instance. At some moments, it sounds so fast and at other points, its melody is very refined. This perfect production can only mean that a masterpiece was behind this album. The answer is: Andrew Schneider, known from his work with bands such as Cave In, Pelican and Converge. His knowledge really brought Black Sound Empire's sound to a higher level.

Fans of Deftones, Mastodon and The Dillinger Escape Plan should definitely check out Sisma, by the Italian Black Sound Empire.