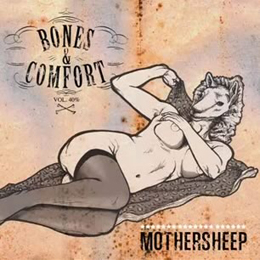 Singer / guitarist Daniele Murroni started this band back in 2006, to express his need to play the kind of pure Rock 'n' Roll without frills he liked best. He found bassist Alberto Trentanni and drummer Luca Romanò shared his musical views, and rather than complicate things, the band stayed in that power trio format.

Soon enough, the band wrote its own songs in a combination of Blues, Rock, Stoner, and Southern tinged tunes...and with the first shows garnering positive response the trio progressively improved/ developed their sound, heading into a recording studio towards the end of 2008 to record their 5-track debut EP In Fat We Trust, which say the light of day in early 2009. Thanks to the EP's critical acclaim in Italian and European press, the band started a successful season of shows in the North of Italy (not that surprising, as the band is based in Milano). Thanks to the active live season, the band grew tighter as a musical unit, and an outburst of creativity eventually (after a year of writing) prepared the band for the recordings of their debut full-length album...which was recorded and produced during 2001 by Luigi Galmozzi at his Morbid Sound Studio (where he already recorded with over 20 bands...none of which I am actually familiar with, I'm afraid to say). B&C signed to Go Down Records at the end of 2011, whom released the 9-track album in March of last.

As mentioned above, the band's sound is a combination of Blues (the Hard Rock variety, in fact), Rock (ahum...evidently), Stoner (to a lesser extend, although occasionally it takes over), and Southern tinged tunes (the Southern aspect being the one that really sticks out). One song (“Take Some Pills”) stands out from the rest in its overall calmer quality, the bassist apparently switching to acoustic guitar, and the guitarist restraining himself to softer esotherics and slide guitar. There's also no drums involved until we're 3 minutes into the song, and then only in a very sparse percussion way. Nice alternation from the rest of the material, but it also puts the finger on the sore spot for this band, for as the vocals are less harsh here, it also sports Daniele's Mediterranean accent quite explicitly. Not that that accent doesn't come through in the harsher songs, let me tell you! It's a pity, because overall the songs are well-constructed, and the musicians make extremely good use of their instruments. Of course, there's overdubs at the guitar level in some of the lead/ solo parts, but none too much, and what is left “clean” is of real nice standards, indeed.

End conclusion : if you're a perfectionist as far as the English language goes in songs, stay away from this. If you're a Southern Rock/ Stoner Rock fan, then maybe you will be rather charmed by that southern touch? Find out by checking the band's own website (www.) bonesofficial.com, or its pages at facebook or MySpace.