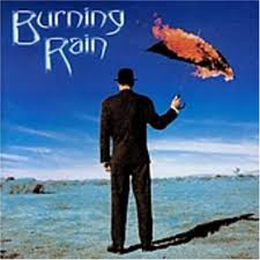 Frontiers Records has released the new album of this band, and has in the same time re-released their 1999 debut albut and it’s 2011 follow up album ‘Pleasure To Burn’, who were originally released on Z Records, and have since a long time been out of print. Center piece of this band was of course guitarist Doug Aldritch, who later shot to fame with Dio and has been part of Whitesnake for the past ten years or so.

The type of music Burning Rain play is heavy rock, with a massive dose of blues influences.  Keith St John has a powerful voice that lends itself well to this type of music.  At times it’s as if you were listening to a copy of Whitesnake, but Led Zeppelin also comes into the picture. As a matter of fact listening to this album is like doing a time travel back in time, back when MTV played all those nice hard rock and even heavy metal clips.

A very nice album, even after all these years.