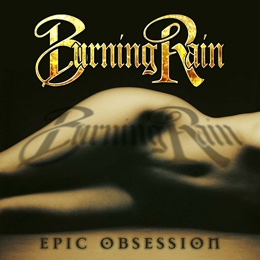 This is – finally – the third album by Burning Rain. By saying finally, I mean that Doug Aldrich had so many obligations for Whitesnake, he never found the time to start writing and recording this record, despite the deal being closed years ago.

For this third album, shouter on duty was once again Keith St John.  The line-up was further completed by Sean McNabb (Dokken, ex Quiet Riot) on bass, and Matt Star (Ace Frehley) on drums.

Expect no big changes compared to the previous Burning Rain albums.  Once again this is decent eighties style hard rock, which back ten would probably have been a million seller, but nowadays might go by unnoticed.  Which is quite sad really, because this is a really good album. The European version even has two extra songs, one of whom is an excellent cover version of Led Zeppelin’s "Kashmir", the cover can even stand the comparison with the original if you ask me.