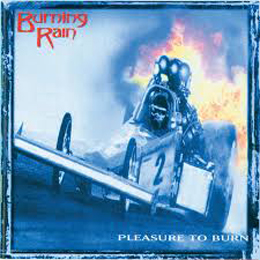 Frontiers Records are releasing the new Burning Rain album, and at the same time have re-released the two previous albums of this band, formed by Doug Aldrich.

It more or less follows its predecessor in its footsteps, which means it’s good hard rock, with some blues influences, with a classical eighties sound.  And there may be some similarities between this band and Whitesnake, but to me this band seems to sound a little less commercial then Whitesnake does, I mean they have a slightly harder, unpolished sound, yet would also have enjoyed lots of airplay on the American rock radios.

If you liked the first Burning Rain album, you will equally like this one.