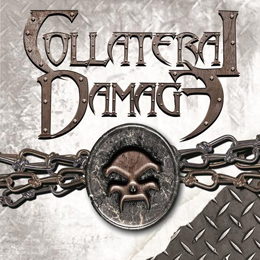 Collateral Damage is an Italian rock band that was formed somewhere in 2004 by guitarist Alex Damage, drummer Slam Cage and guitarist Blade. The band found his official line up in 2006 when Matt took on vocals duty and Steve came to play the bass. They recorded and self produced their first demo disc in 2008, which contained three songs. The sound of the band is similar to 80’s hard rock like Wasp, Def Leppard or Motley Crue.

In 2009 under the guide of Skizzo, Collateral Damage started to record their first (self titled) Studio Album. It got some attention so a new record wasn’t that far away. Now the problem is that the band released their latest album entitled “The Carnival” witch you can get since last month. Always cool, but unfortunately I heard that album before this one (and although that wasn’t a bad record, it didn’t convince me entirely).