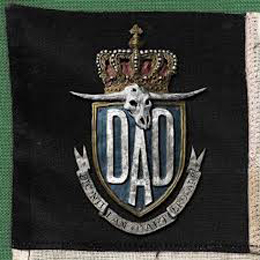 I remember when I bought DAD’s album ‘No Fuel Left For The Pilgrims’, which wasn’t their first album of course, but whatever.  I was greatly impressed by what these guys brought.  Rock music, and even good rock music, with a large dosis of humor, which was quite unusual, and still is.  I also bought the follow up album ‘Riskin’ It All’, and then seem to have lost sight of this band.

So I was surprised to say the least that this band still existed, and even still in almost the same line up as way back in the eighties.  What would have become of their music, was my first thought.

I shouldn’t have feared though.  These four guys still bring us some ass-kicking rock music, the vocals still sound the same.  There still is that element of sleaze rock in their music as well.  To sum it up, this is good quality, highly enjoyable, and easily digested rock music.  More of this stuff please…

One final remark: the title of the album seems a bit odd.