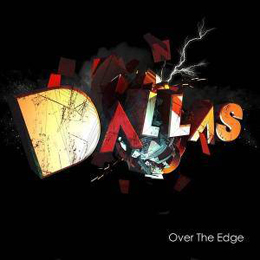 Named after singer/ guitarist/ keyboardist/ programmer Bryan Dallas, this now San Fransisco based Melodic Hard Rock outfit was formed during 2010 at the Dallas Ranch, high in the hills of Castro Valley (in a bird's eye, that would be about 35 km East by South-East from San Fransisco – 45 km when you go by road), after Bryan played some demos to friends Zac Curtis (drums/ triggers; first to join) and Matt Feifert (keybass/ keyboards/ backing vocals; joined when he moved into the ranch).

The 5-track demo was partly recorded at the FM Recorders studio in Oakland (only a mere 30 km from the ranch), and partly at Bryan's home studio at the ranch, a process which took a couple of months because there were a lot of songs to chose from, and then the band took some time to search for an appropriate producer. Because that took to long to happen, Bryan eventually produced the EP himself, and actually did a good job of it! Next up, the band started perfecting their live sound, and gigged on a regular basis, which eventually allowed 'em to have a opening slot with ZZ Top. Although at the moment the band is focussed still on live work, they have started to make their own videos (the EP's song "Bring The Light", issued as a single, was the first to get a music clip in Nov. of last, and can be viewed on YouTube – the clip was recently aired on MTV's show Underemployed), and have already returned to the studio in order to get a full-length out in the near future.

All songs on the EP are posted in the music section of (www.) facebook.com/dallas.la, so making an acquaintance with this fine band is real easy! Expect soaring clean lead & backing vocals and great guitar play up front, with drums and keyboards taking secundary roles. Nice stuff!