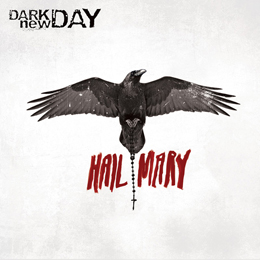 This is a band with more of a current sound and have more in common with Muse, Bush, Altar Bridge, Evanescence and the like and this album is sort of a mix between gothic, nu, emo and gothic metal

The music itself isn't so extraordinary that I can say I'm spazzing out to the tracks, but the instruments are pertinently played and the album is crisply produced. Dark New Day seems to be jumping on the band wagon with this sound and feel. They are competing with many other bands in a territory that´s been exploited thoroughly a couple a years ago and luckily has stopped. Nu metal and gothic metal sucks big time. Despite their energy, they´ve been trying to tie so many things together that the result sounded quite disorienting to my ears. They do have some really good parts, I just wish they weren´t lost among that sea of sounds.