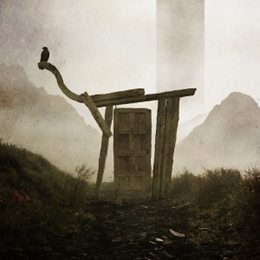 From the land of the Rising Sun the debut album from Early Cross has reached us.  This band consists of three male members fronted by a female vocalist.  And they bring us a very good album.

The style of music they p- on lay is progressive metal, but with a symphonic and even atmospheric touch.  They were first heard of – on CD that is - on Lion Music’s benefit album ‘Embrace The sun’ which was released to aid the victims of the nuclear catastrophe in the nuclear reactor of Fukushima.  No small wonder if you take into consideration that all band members live in the vicinity of that area.

Despite not being a heavy album, I quite liked it.  They used some – to metal anyway – unfamiliar instruments like a bouzouki and a mellotron. The overall atmosphere of the album is rather dark, but despite that I liked the album, also thanks to the well thought of compositions.  Despite only containing seven songs, the album still clocks of at about 50 minutes.