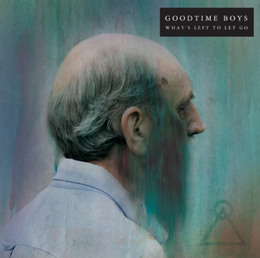 Goodtime Boys is a UK based band, formed in 2009 and growing fast the past years, and with the release of "What’s Left To Let Go" they are collecting and merging old tracks in a double EP, including five tracks from their previously released EP "Are We Now or Have We Ever Been?", which have been remixed and remastered. It also features five brand new cuts recorded earlier this summer by Lewis Johns at The Ranch in Southampton (two of which appeared on the new Every Landscape 7-inch).

The influences are the same as the bands they shared stages with like Pianos Become the Teeth, More than Life, La Dispute, Touche Amore and many more, so their music is kind of post hardcore, simple but yet so powerful. The evolution of this band is very noticeable with the release of this album.

From start to end there is a clean and effective rhythm that is not over thought with technical styles. This album is fuelled by the heart and therefore this is one that can give you goosebumps very easyly. Tracks like Rest or Daylight show the talent that houses in this band, it's simple but very strong. If you are a fan of Defeater or sort like bands this band is a good discovery.