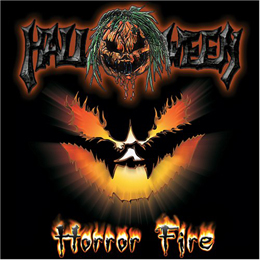 After the vinyl rereleases of “Victims Of the Night” and “No One Gets Out”, Pure Steel Records just rereleased the Halloween album “Horror Fire” on vinyl. This album was originally released on the band’s private label Motor City Metal Records and will now be released on double vinyl, limited to 500 copies.

“Horror Fire” offers the typical Halloween- style music with a little more modern, fat production and off course Brian’s characteristic vocals. The album is a bit above average playtime (70 min.) and was at the time of the release the longest album of the band. Even though the album is quite long, there are no gap- fillers on it. With a mixture of catchy songs and straight to the point songs it became a easy listening album. Even the coversong of Alice Coopers “Go To Hell” is a very nice bonus.

A must have album for every Halloween Fan.