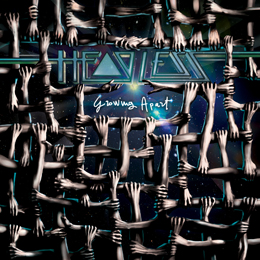 After nearly 13 years of absence, the Italian guitarists Walter Ciancuisi and Dario Parente back on track. To blow new life into the band they decided to work with some well-known names, drummer Scott Rockfield (Queensryche) and singer Goran Edman (Yngwie Malmsteen, John Nurum).

The band didn’t take any risks in the making of it and they came out with a monotonous album but with some nice moments in it.

"Be Myself" and "Sink Deep In a Fairytale 'are by far the best songs on the album. Of course there are some pearls of guitar solos from the Italian guitar virtuoso’s Walter and Dario. The last track is an unplugged version of "As Tears Go By" (Rolling Stones). nice!