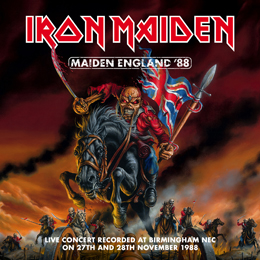 Ever since I turned to metal and hard rock, I’ve been a Maiden fan, except for the Blaze Bailey period, and I own every studio album, once again except the two albums Blaze sang on.  Besides the studio albums I also own some live albums, and I’ve even still got some vinyl thing lying around.

As a matter of fact, this stuff had already been released, but this new version contains some extra tracks, as well as ‘The History of…’ part 3, and a documentary about the band’s first 12 years history.  And to top it off it contains 5 promo videos.

So there are reasons to buy this DVD if you’re an avid Maiden fan.  I’d call myself a fan, but I wouldn’t personally spend my money on it, an instead save the money to go see them live, because that’s when they’re at their best.  This DVD proves that once more.