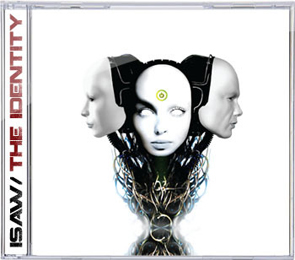 The band's very well-produced self-titled and 3 tracked demo immediately propelled ISAW into popularity, with all three tracks being frequently given airplay on the The Racket show on Triple J (one of Australia's more popular radio channels) and on Three D Radio's Power Surge, as well as generating positive reviews from fans and media alike. In the two years that followed, ISAW was itself nominated in the top 5 of artists in Australia for the Metal/ Hardcore category at the MusicOz Awards, won Triple J's Unearthed competition, and opened the Metal stage at Soundwave 2010 in front of thousands of fans (as well as supporting such heavyweights as Faith No More, Meshuggah, Trivium, Anthrax, and Whitechapel to name but a few).

Having suffered constant harassment (just a joke) from its fans, the band decided to get down to a studio again in 2011, to record a full-length album. In order to give the 12 tracks a maximum sound, they were mixed and mastered by Forrester Savell (ARIA Award producer whom already has a reputation from having delivered the good goods for the likes of Dead Letter Circus, Karnivool, The Butterfly Effect, etc...) at Melbourne's Sing Sing South studio. Released in November 2011, the album not only got positive critical acclaim from the media, but also from Savell himself, whom was found stating “...Cleverly thought out tunes from dedicated musicians are in abundance on this record. Their blend of world-class Metal with such a killer vocalist puts them in a league of their own.”! To make up an idea of your own, you can actually listen to each and every track on the album at (http://) isawband.bandcamp.com, where the album is posted as recommended to fans of Pantera (I agree, full-heartedly), Machine Head, Meshuggah, Mnemic (a lot of appropriate “M”s there, hahah!), Parkway Drive, and Periphery (and with that first “P”, there's an equal amount of those as well, eh...huhuh!?).

I guess anyone into these bands should give the album a listen! Funny thing : occasionally both lead and backing singers go into a clean mode...another thing which sets the band apart.