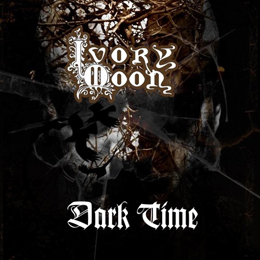 Rome based septet Ivory Moon was founded in the year 2000 with the intent to create a band unique in concept, as it would not be prefixed onto one specific Metal style.

Over the years the line-up changed on a frequent basis, to the point that today only guitarists Fabrizio Zucchini (rhythms) and Davide Calisse (leads) remain of the original band (well, that ain't quite correct, as apparently at the very beginning one of the guitarists was one Mattia Cobianchi). The current line-up also contains (in order of joining the fold) drummer Emanuele Valabrega and keyboardist Filippo Natoli (both since 2003, the first taking over from Matteo Menichelli, formerly of The Fifth Season; the second replacing Marianna Testa), bassist Fabrizio Sciano (formerly of The Fifth Season, replacing Andrea Campisano in 2005), male vocalist Sandro Manicone (formerly of Lord Brummel and The Legend Of The Sleeping River, and currently also still with Romanticide and Thunderdome; he took over from long-standing Gianluca Sbardati in 2007), and female vocalist Gabriella Aleo (the most recent addition, joining in 2010 – The band's first female singer was one Cecilia Serra, whom handed over her role to Eliza Pezzuto in 2009. Eliza however left again that same year, meaning that, for some time at least, the band was without female singer).

The band's self-titled debut 4-track demo gained some success for the band in its home country (where it got the band some nice gigs), but did even better in Spain and Greece, where many local radio and webzines commented in positive ways about the offering of this new band. Following a change in the line-up on the keyboards and drums, the band recorded and released (Oct.) their debut full-length On The Edge Of Time through the Battle Hymns label in 2004. Evidently, this put the band on a higher promotional level and the positive response, especially in Italy, is said to have been overwhelming. In late 2005 the band again went through a line-up change, this time on the bass, and after having found the suitable replacement the members started working on new ideas for a next album. Recordings, done during 2006 at Rome's Temple Of Noise Studios with recording & mixing engineer/ producer Christian Ice resulted in an album the band was quite happy with. I'm not sure about the actual time-line, but apparently current singer Sandro Manicone was already included in the recording proceedings (in spite of the fact that he only joined the band in 2007, you know!?). Having a nice product in their hands, the band went searching for a label, and found Sweden's Ulterium Records willing to release the Human Nature album in September 2007. With their label also being active in North and South America, the band suddenly found its new work distributed on a much larger scale, again bringing the band to a higher level. Besides playing gigs at the usual venues, the band also performed at a couple of interesting festivals ((among 'em Rome's Metal Star and Pernumia's Metal On Earth).

The band has taken 5 years (and a couple of line-up changes at the female vocal front) to turn over the material of its 3rd album, Dark Time, and this being my acquaintance with the band, I have to say that I was not specifically impressed. As far as the instrumental part of the music is concerned, things aren't that bad at all, the guys bringing a mixture of Power Metal with Progressive and Symphonic leanings. Not too high a standard, but quite passable, you know! To my personal taste (and I'm afraid quite some reviewers agree with me) the problem lays with the male singer, whom frequently ventures his high-pitched voice into notes which the cats in the alley also frequently reach for. On top, his English ain't always quite correct (check the song “The Merchant Of Venice”, wherein Venice is pronounced as Veneese). New female singer Gabriella from her side, brings in a nice soprano (albeit somewhat limited in range), and thus also a delectable Gothic touch. To make up your own mind, I'm afraid you'll have to make due with the samples usually provided by your standard online stores (Amazon, iTunes, etc...), since at (www.) myspace.com/ivorymoonofficial you'll only find older material.