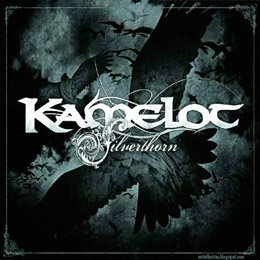 Kamelot are one of those symphonic power metal bands that loads of people seem to enjoy as they have rather progressive song writing and skip the overloaded elements. After the criticized predecessor “Poetry For The Poisoned” that had many dull moments and a lack of passion and variation, the band’s Norwegian singer Roy Khan left the band and was soon replaced by another Scandinavian singer, the young Tommy Karevik from Sweden. Many people were expecting a return to strength. But this didn’t happened.

If I didn’t know that the band had a new singer, I wouldn’t have even recognized it as the new guy sounds like a pale copy of his predecessor.

The problem is that this record is even more emotionless and overloaded than the previous one. We get way too many sound effects, an endless number of more or less impressive guest musicians and a too elevated number of artificially flavoured orchestral and symphonic instruments that make me think of a bad computer game soundtrack. When one hears a random female guest singer in one track that is followed by pointless choirs performed by a group of children just to kick off a pathetic and overlong kitsch symphony part, this is not only confusing but also mildly amusing. The songs sound directionless and random. Die hard fans will talk about multiple influences, progressive changes and many new faces and influences but I can’t agree on that at all. The band just sounds lost on this release.