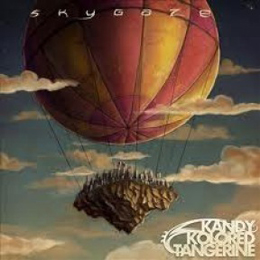 This band hails from Denmark, and was founded in 2006.  Skygaze is their second album.  What they bring us is pop-rock.  It’s hard to compare this band with other bands, since they have tapped form different barrels to create their own blend, by which I mean that they have influences from lots of other bands, ranging from Tears For Fears over to Oasis.

In general their songs are rather melancholic, with ethereal sounds, and although you wouldn’t say it the first time you listen to this album, sometimes of a great complexity. In their home country this bands seems to be quite a sensation, but I wonder if they will ever gain the same following or success.