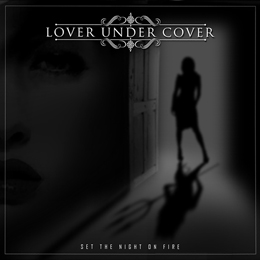 If you like a good dose of melodic hard rock, than this band might just be the thing you’re looking for. Composed of well versed musicians like Mikael Erlandsson (Last Autumn’s Dream, Salute) on vocals and keyboards, Perra Johnsson (Coldspell) on drums, and Martin Kronlund (Phenomena, Salute, Gypsy Rose) on guitars, this is a promising new band from Sweden.

There are those of you who might find this album nothing special, but I’m not of that opinion.  Certainly this is not for those who like their hard rock with a harder edge.  But if you’re into hard rock that has a bluesy, melodic edge to it, then this is stuff you’ll like.

What strikes me are the vocals by Mikael Erlandson on this album. I don’t know what’s happened but he sounds very raspy, and I must even admit that before I read the accompanying info, I thought this had to be a band with a female vocalist, although one with a very heavy, almost masculine voice.  Boy was I wrong.

Despite lacking in originality, this is a very catchy album, and I’ll look out for this band in the future.