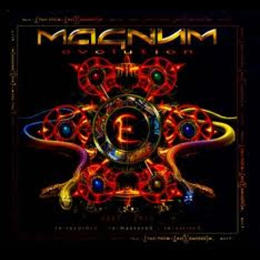 I had heard that a Magnum release was imminent, but hadn’t paid any further notice to it.  Wait and see was my motto.  I finally got a copy of the ‘new’ album about just a week before I was heading towards their gig in the Biebob.  But I was rather disappointed, since the album only contains 2 brand new tracks, and the other 10 tracks are old songs, all but two of whom have been partially been re-recorded.

As a matter of fact this album was more released to give an overview of the albums they released on SPV since their comeback I guess.  For an old Magnum fan the original version sounds just as good as this re-recorded version if you ask me, especially if you own most if not all of those albums.

For someone who’s not fully accustomed to Magnum’ opus, this album might be a welcome addition to your record collection though.  I don’t think they’ll gain many new fans with it though, although they certainly deserve it, cause even after almost 40 years in the business these guys still delivered a pretty good show, which was sparcely attended sadly enough.