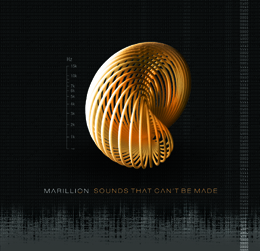 I must admit it. When Fish left Marillion, I no longer followed this band, although several attempts were made, but I found the sound of the band stood of fell with Fish, despite the fact that the band more or less kept the same line-up, except for the drummer.

Having heard that this new album, their seventeenth already- nobody seems to have taken any notice, but this band goes around for about 33 years already -   seemed to be a very good one, I made one more attempt.

War my hopes fulfilled?  Yes and no.  I’m still having a hard time getting used to Steve Hogarth’s voice.  Not that he’s a bad vocalist, but I very much loved Fish’es voice.  Musically the band still deliver a top notch product; with some great keyboards by Mark Kelly and fantastic guitars by Steve Rothery.

Will this album change my opinion about Marillion?  I sincerely doubt it.  But I give them credits for staying in the business for so long, and despite the fact that they are no longer on a major label like EMI, continuing to produce and release their music in the way they like it.

With only eight songs, this album still clocks of at a respectable 75 minutes, but what would you expect when the opening song alone, ‘Gaza’ has a playing time of over 17 minutes, as a matter of fact the shortest track clocks of at almost six minutes.