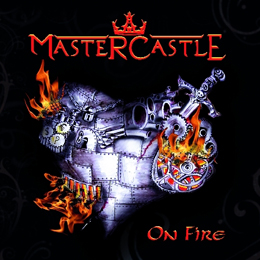 For their fourth studio album this band has give us a rather short album, since the playing time lies around 40 minutes only, something we were used to back in the time of vinyl, but which is rather exceptional nowadays.

While Giorgia Gueglio is not a bad singer, I find that she is lacking some variation in her voice.  Besides that I find the guitar work on this album rather bland.  There are good guitar sections though, but not enough, which is sad, because Pier Gonella is a very good guitarist. Track 3 ‘Platinum’ stands a bit out from the other tracks on the album, since on it you also hear Pier singing.

Despite my critics, I found this a pleasant album to listen to, and the more times I played it, the better I started liking it.