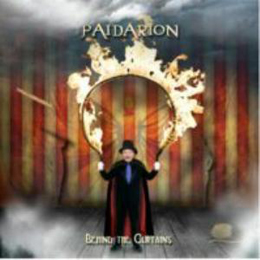 The idea for this Finish Progressive Rock band was born in March 2006. Drummer Kimmo Pörsti (a founding member of the band Mist Season, and drummer of The Samurai Of Prog) had found out that his friend Pirkko Sahli had written several texts, and asked to see 'em.

When she'd gotten to complete a couple of those texts, the idea of sometime recording songs around 'em came into thought...a thought which was further developed until recordings eventually started in the fall of 2008 including Timo Kajamies and Tommi Varjola (of Mist Season, on keyboards and acoustic guitar respectively), Jaan Jaanson and Jan-Olof Strandberg (of Progression, on electric guitar and bass), as well as Harri Göös and Olli Jaakola (on electric guitar and saxophone) and Kristina Johnson and Jari Markkula taking care of the vocals. The album Hauras Silta was released on April 21, in 2009.

From those sessions apparently grew a strong bond between the drummer and bassist (read more about the latter, one of Finland's top bass players) in a review of Strandberg Project), whom not only decided it was time to join forces for real, but also to gather about 'em a real band, in order to be able to bring the songs in a live environment. From the get-go, the choice for guitarist had fallen onto Jaan Jaanson, not only a gifted musician, but also an accomplished composer, and a welcome addition to the writing team. Then keyboardist Kimmo Tapanainen, with his strong classical background, added another dimension to the band's musical flavouring (and an extra composer to boot). The line-up was eventually completed by the addition of singer Elina Hautakoski and saxophone player Risto Salmi, and recordings took place between August 2010 and August 2011, with the legendary producer Tommi Liuhala (known from having worked with such Finnish Prog bands as Haikara, Kalevala, and Wigwam). During that time, several guests contributed to the album as well : Michael Manring played the second bass solo on the conveniently titled album opening instrumental track “Behind The Curtains (A Song For Michael)”; Rob Price (from Supernal Endgame) added male vocals to two songs (“A Small Wish” and “The Magician's Departure”); Steve Unruh (of Resistor) added his violin tones to two other tracks (the song “A Vertical Rope” and the album closing instrumental “The Final Show”); and Olli Jaakkola returned, this time to add flute sounds to no less than 4 tracks (the instrumentals “Behind The Curtains” and “The Final Show”, and songs “A Vertical Rope” and “A Rose In The Sun”).

Although I used the term “Progressive Rock” in the first paragraph, it should be understood that I use that n the classical sense, and not in the popularized one. In that sense, one should know that Paidarion plays a very nice hybrid of softer Prog Rock, Jazz Rock, and Classical. One sets the band apart in this world of mostly aggressive music, but singer Elina Hautakoski gives the band's music an extra dimension beyond compare! She has indeed a very rare quality of voice, only heard very seldom in the Big Bands of old (and that was Soft Jazz too, baby), and one the kind of which I only came across for the second time in contemporary music before (some Finish band on the Two Side Moon Promotions roster, the name of which I fail to remember at this moment!). Evidently, the songs are slightly more Jazzy than the instrumentals, exactly because of that vocal quality of hers! Oh...now that I mention “songs”...the texts of those are again by Sahli, but the album also has 4 genuine instrumentals, which in total take up 25 ½ minutes of the album's total of 60 minutes' playing time. By all means, people into Prog and/or Jazz Rock should check this band out. Here's some useful websites : (www.) seacrestoy.com; (www.) paidarion.com.