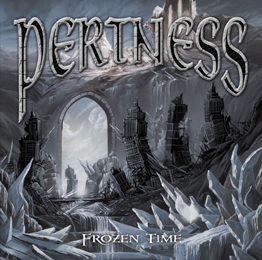 Pertness is a Swiss power metal band created in 1993. These guys originate from Switzerland and have a website but al the info over there is in German. But i can tell you that at their core they are  a melodic power metal, but also aren't strangers to using thrash metal and some folk influences. And that's something you'll notice straight of, this album sounds heavier than other power metal records.

And to be honest that little extra darkness on the album makes it just perfect for me. Instead of the typical power metal clichés, these guys break boundaries. i know some other band probably did the same thing before, but anyway this is a killer record.