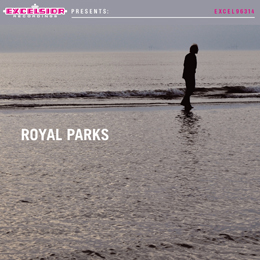 Anybody ever heard about a Dutch guitarist/ singer/ keyboardist/ songwriter/ producer by the name of Diederik Nomden? If you have, kudos for you. Here are perhaps some details about him you don't know yet!

Born in the North of Holland (Buren, Gelderland) in 1975, Diederik starts his first band Redivider in 1996. That band releases its debut album All Dressed Up on the Pink Records label in the year 2000, but Diederik would eventually leave February 2001 (after which the remaining musicians start calling themselves Alamo Race Track). Diederik from his side starts the much-lauded band Johan, who get a 2002 Edison Music Award for their 2001 album Pergola. The band also tours Holland and Germany, hitting the bigger venues and festivals. At the start of 2002 Diederik also joins the successful guitar act Daryll-Ann as their keyboardist/ backing singer, and his contributions can be found on that band's 2001 & 2004 albums Trailer Trails and Don't Stop (both released through Excelsior Recordings). During 2002 he spends a lot of time recording/ producing the critically acclaimed Nu album by new singer-songwriter Carmona (but although that album's singles do get some airplay, there's never a sequel).

Time for changes comes in 2004. In June Daryll-Ann splits, and 3 months after Diederik leaves Johan to join his former bandmates Dirk Brouwers and Jeroen Kleijn in the band of Ellen ten Damme. This collaboration brings Diederik through all of Holland's theaters and Pop stages. Besides his live appearances with ten Damme, Diederik becomes a much-wanted musician, and in the course of the years he's played with a lot of musicians, both live and in the studio. With De Kevers, he performs to Dutch translated songs by The Beatles (which translates to Dutch as...De Kevers...surprise, surpise!!!) at Lowlands 2006, and he takes on the role of band leader and guitarist/ pianist during the 50 Jaar Nederpop event at Lowlands 2008. In between he contributed to Ellen ten Dammme's 2007 album Impossible Girl.

In June of 2008, Diederik starts the recordings of the September 2009 released album I Really Should Whisper (review by yours truly to be found in this website's “Archive” section) by Awkward I (alias of former Alamo Race Track bassist Djurre de Haan). During 2009, Awkward I plays at several national and international festivals. Alongside, Diederik has been playing in the live band of Bertolf since December 2008 (he also contributes backing vocals to the band's January 2009 released album For Life). During 2010 Diederik not only tours Germany with Awkward I (and does a couple of festivals in Denmark and the UK), but he also plays live keyboards during Ellen ten Damme's Durf Jij Tour, and occasionally falls in as keyboardist with Tim Knol's live band. 2011 is spent in the recording and promotion of Awkward I's sophomore album Everything On Wheels released in October 2011 – again, a review by yours truly càn be found in the “Archive” section of this website), and at the same time he starts recordings of a solo album, tentatively under the working title of Ask My Mother and the name Royal Parks. However, meanwhile the last Awkward I album was promoted live in Spring 2012, followed by more dates in Germany during Autumn of 2012. Also during Spring 2012, Diederik worked with Djurre de Haan on the soundtrack of the movie De Ontmaagding Van Eva van End, which has its premiere in early 2013. This, ladies and gentlemen readers, concludes our history of the musical adventures of the musician known as Diederik Nomden...for the time being!

It so happens that this self-titled Royal Parks album might've stayed put as a mere idea in Diederik's mind. But then former Johan colleague Jacob de Greeuw pushed him to finally get his own ideas out, after having been “in the service” of others for more than a decade. Thanks to Jacob's insistence, songs were written, demoed, and refined in a short year and a half. Together with Alamo Race Track's rhythm section (consisting of Guy Bours and David Corel) the basic foundation was recorded, after which Diederik completed things in his home studio. Eventually de Greeuw was again approached to add some characteristic arrangements. (info, so far, taken from Royal Parks' page on Wikipedia and the info sheet we got along with our promo download copy).

I'd actually like to use that same info sheet for the additional citations (translated, of course) : “in opener “Icy Waters” we hear the heritage of Sandy Coast, while in the swinging “She” the early '70s atmospheres from amongst others Jesus Christ Superstar sound through in the back. The angular “Taken From Me” is Royal Parks in its “Rockiest” way, and “Little Bird” builds up in a subtle way to burst open beautifully in the chorus part. Further along on the album, shards of French Pop (alà Michel Fugain, Serge Gainsbourg) come passing by, the obsure “From My Home” shows Royal Parks' darker side, and the sober “Ask My Mother” showcases why this album is released through Excelsior: the songs as starting point. On its debut album, Royal Parks dug deep in his past, descriptively singing about the relations between sons, mothers, fathers, daughters, partners and friends in a way that will make the iciest hearts melt.”!

I don't know...my personal feeling is that Diederik's vocal styling are too introspective, albeit timid and somewhat shoe-gazer (no connection meant to the musical style) like. In essence, the vocals lack backbone and character...but I'll be the first to admit that this is a personal assessment. Musically speaking, the album goes through several calmer types of Pop, at one time more keyboard driven (with acoustic guitar accompaniment), at other times a bit more energetic, with two guitars playing...and at other moments gunning for something in between, akà a hybrid of the two. Where the electric guitar goes lead, the subtle licks are simply delectable, and there's similar moments in the keyboard play, however...overall nothing (well, except for a B52's-like bit of keyboard in the track “Taken From Me”, that is...actually that complete track has something more catchy than the rest of the album) sticks in my mind, not even after several listening sessions. In spite of a thorough search, I was unable to find full-length audio by Royal Parks on the Internet, so I guess you will have to make due with the 30-second snippets usually provided by your trusted on-line sales websites.