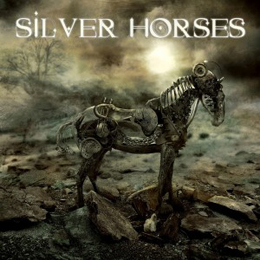 Although the foundation of this Italo-British band was not completed before Gianluca Galli (songwriter/ guitarist known from his solo albums and his work with the bands Mantra and Time Machine) went to London in February 2011, in order to convince the renowned singer Tony Martin (best known from his two tenures with the legendary Black Sabbath; first time from 1987 to 1990, and for the albums The Eternal Idol, Headless Cross, and TYR; the second time from 1993 to 1997, and on the albums Forbidden, Cross Purposes Live, and The Sabbath Stones) to join the project, its beginnings go back a little more, namely when Galli started writing songs with drummer Matteo Bonini (of MGBR fame).

Actually, by the time Galli went to London, bassist Andrea Castelli (known from a solo album, but also from his work with Mantra, Shabby Trick, and Cappanera) had already joined his two Italian brothers-in-musical-arms. But, all in all, Martin was got into the fold at a relatively early stage, and so he was able to contribute to the arrangements of the songs, as did Castelli, by the way. Rehearsals began, finetunings to the songs occurred, and in October the band signed a management contract with the 7US Media Group. In November 2011, everybody ships off to Siena in Italy, to start the recordings of the album at the Virus Studios in a production by Galli and Castelli.

Now, of course, with the musicians involved, it's hard not to have high expectations, especially when the band proposes to bring “...a very '70s oriented Rock with Led Zeppelin, Whitesnake influences but with a modern and very personal touch...”! And in most of the songs the band indeed succeeds in bringing those musical soundscapes back to live, but I feel I mùst protest at the blatant plagiary in the songs “Life And Soul” and “Diamond Sky”, in which a couple of Zep's riffs are simply copied (actually, in “Diamond Sky”, it's the slowed-down strings in the background that were ripped off from the song “Friends” - off Zep's III album)! A very similar thing, but somewhat hidden and in a more moderate, happens in the album's title track. Oh, before I forget, on a threesome of tracks (album opener “Rub It On Me”, “Silver Horses”, and You're Breaking My Heart (Don't Do It)”) Martin also handles a mouth harmonica for a couple of melody lines. Vocally, of course, he cannot reach those same high notes as Robert Plant used to attain, neither can he get down to David Coverdale's lower part of the octave, but what he brings here is something you can héar him having fun in!

The band plans to tour intensively to promote the album, but so far, I've found no proof of that yet. Meanwhile, get acquainted with the band's music by listening to the demo versions of 3 songs in the “music” section at the band's own (www.) silver-horses.com. At (www.) reverbnation.com/Silver+Horses, you'll find the same demo tracks, but also a couple of videos filmed in studio, in rehearsal, and one live (June 2012), as well as a 21-minute interview with the band.