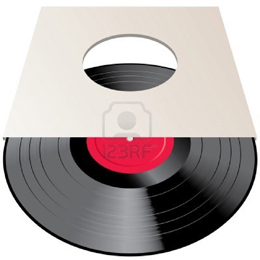 This young musician/ singer (born in San Antonio, TX during 1996!) may be meddling in a musical genre which will be frowned upon by many of our readers, but when those same people will listen to Victoria's material for the first time, I doubt very much that they will mind continuing to listen to her “Pop” tunes!

Music has apparently been in Victoria's blood from her earliest years, as she actually started to sing at age 2, and as a pre-teen learned how to play the piano (among other instruments, apparently). She discovered the joys of performance singing when, aged around 12, she went at a musical theater summer camp (Performing Arts Of San Antionio). At 13, she picked up the guitar, taking her first lessons from Bobby Flores at his Bulverde Academy Of Music...and began writing songs in the summer of 2010. Towards the end of 2010, she was noticed by producer Gordon Raphael (known, for instance, from his work with Regina Spektor and The Strokes), whom invited her into his recording studio, where 7 songs were swiftly recorded acoustically. By April 2011, the recording of this first full-length was completed at Pedernales Studios (at Spicewood, TX...some 40 km WNS from Austin) with Jacob Sciba. Some of Victoria's accomplishments, at the time of the album's release, included having won the 2nd prize in the teen category of the 2011 International Songwriting Competition, being a finalist in the 2011 Show Me The Music and Newsong songwriting competitions (respectively out of Nashville and New York), getting a “Best Female Teen Artist” award from the Indie Music Channel (2012), being continuously placed in the Top Ten Unsigned Artist charts on Westsidewill Radio since Dec. 2011, and more...

Deserved praise for an exceptionally talented composer with a simply awesome vocal signature! There's a huskiness and warmth in her voice which belies her youth! On the album at hand, you'll find covers of the songs “La Vie En Rose” (made infamous by the incomparable Edith Piaf, and subsequent hits for Louiguy and David Mack) and “Love Me Tender” (originally by Vera Matson, rendered unforgettable by the great Elvis Presley), in which she brings in even calmer (but don't you dàre suggest “sedate”) versions, shining every micro-second she thrills her vocal chords. The 9 original songs have that same vocal signature continued, occasionally with Soft Country musical background, but mostly with beautiful calmer music, best categorized as “Pop”. My goodness, here's a girl born with the perfect name: Celestine...for certainly you will agree that her voice is heavenly (anyone into languages will understand freely what I'm talking about). Check out audio at (http://) victoriacelestine.com (there's also a facebook page, and video material is available at YouTube.

In April 2012 Victoria returned into the recording studio (this time with Jeff Blue of Linkin Park fame) to record 3 singles. Her latest project was recording with San Antonio's Conjunto star Juanita Castillo. I, for one, am eager to hear the results. Meanwhile, I'm adding From The Outside to my 2011 year-lists, in a category completely of its own!