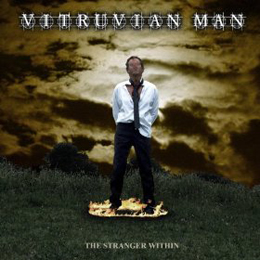 Next up, the band took for the stage, refining their songs over the course of the next two years during the many shows played in the Melbourne area, and making an impression on their audiences with their individual technical abilities and previous live experiences (all members actually played in bands before). Making use of various contacts and resources at their disposal, the band then spent a portion of 2011 to record their debut album The Stranger Within, not only taking care to have a hands on possibility in the engineering and mixing stages (the lead singer co-engineering with one JT at Debasement Recording Studios, the other band members supervising), but also to lay down a sound which is as close as possible to the one on stage.

Now, about that, the band has critically been described as “...a crossbreed between The Mars Volta and Iron Maiden with a combined blend of compelling riffs, powerful harmonies and striking melodies...” (from the info sheet we got along with the promo copy of the album, and as if that isn't impressive enough, the guys also claim additional influences from the likes of Mahavishnu Orchestra (ach...an old-time favourite of mine, which I regrettably haven't been able to listen to in recent years), King Crimson (hum...what period, I wonder), and Porcupine Tree, stuff which indeed comes through in the songs when you're made aware of it beforehand. Still, I guess the most impressive thing first-time listeners will immediately notice (huhuh...hard to get around it, really), is the incredibly high-pitched voice of the lead singer. No wonder then, that the album had already gotten rave reviews from magazines and webzines in Australia, Europe, and the US, by the time it was sent to us in late 2012 (as you know, I had some personal problems causing a delay in my work as a voluntary music journalist – sorry for that dudes, you deserve much better, and hopefully this belated review will give the album some extended attention).

People into what's described above, are encouraged herewith to check out the couple of songs posted at (www.) myspace.com/vitruvianmanband (the radio edit and full-length version of the album opening “the Most Dangerous Game”, and the album version of “As It Falls”), then to listen to the 30-second samples provided of all 7 tracks (the one titled “Leave This All Behind” is really a short instrumental, featuring only piano and some background sounds – sounds like part of a movie soundtrack, actually) at the album's bandcamp page (link via the band's facebook page). On the band's own website (www.) vitrivianmanband, the “Media” section will provide some videos. Oh, and before I forget it, there's a nice historical fact to be served, as Vitruvian Man took its name from the well-known drawing created by Leonardo da Vinci around the year 1490. However, turning back the clock to present day, modern-time Vitruvian Man's debut album The Stranger Within definitely deserves a spot in the Top 10 of 2012 albums of many a Progressive Rock fan, I'm sure!