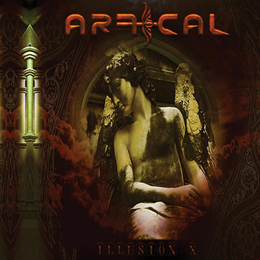 Article is a Greek band formed in 2002 by Mike Dimareli as an instrumental neo-classical metal project. But with their third album ‘Illusion X’ they have transformed into a vocal power metal band with the legendary Mark Boals (Yngwie Malmsteen, Ring of Fire, Royal Hunt) on vocals. Dimareli’s talent is widespread with not only all mind-blowing guitar parts but tight and powerful drum grooves as well. Still this album is not a showcase of individual craftsmanship but a true band where the songs are the centerpiece. The slow lingering ‘Look in the Mirror’ opens with a dark and heavy sound and is followed by ‘Chasing My Life’ which is fast and furious power metal. Overall, this contrast is the common thread on this album: slow epic pieces alternating with mindblowing speed and power metal. But on both occasions legendary vocalist Mark Boals displays his powerful tonsils which suits the songs perfect. While Dimareli’s guitar work is excellent, the songwriting part is good but still has room for improvement. Mostly straight forward, some songs lack alternation and constructive arrangements.  While the talent of both Dimareli and Boals are unmistakably there, this translates (not) yet into a masterpiece.