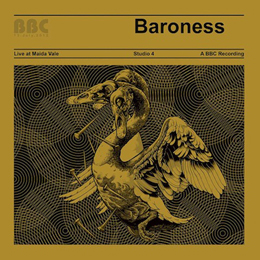 Baroness’ previous album was a strong piece of work, but not all fans seemed to be delighted by it. When one listens to the live versions of some of the songs it becomes quickly evident that here we have a production with much more punch and therefor much rawer and filthier sounding than its predecessor, but it is still nothing to match the likes of Red Album or Blue Album as some seem to have suggested.  At just over 20 minutes long, it's over pretty quickly but serves it's purpose brilliantly, which is that it makes you want to check out them live and wanna hear much, much more. New album player by Baroness is already highly anticipated.