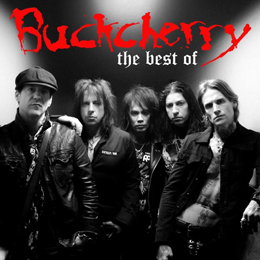 Formed in the mid-nineties, Los Angeles based Buckcherry burst into the scene in 1999 with a eponymous debut album that eventually reached gold. Their raw straight forward and honest sound was created by mixing punk, grunge and rock ‘n roll but without overthinking everything too much. From the beginning founding members Josh Todd (vocals) and Keith Nelson (guitar) were the creative force that led to hit singles such as the immortal party anthem ‘Lit Up’ and ‘For the Movies’. Every album is fairly represented although hardcore fans may be disappointed by the lack of something extra such as live, new or unreleased songs. So this compilation is mainly interesting and a perfect starter for those who aren’t that familiar with Buckcherry.