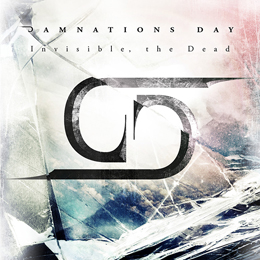 This band comes from down under, Australia that is.  This is their debut album, and I’m sure this album will kick some ass.

They seem to have made a blend of different metal genres, starting with power metal, some trash, but they’ve also thrown in some prog elements, and topped it off with some melodic metal. The songs are mostly up-tempo, with fierce, battering drums,. Mark Kennedy is definitely the leader of the band. Not only has he written all the songs, but he also handles both the vocals and the rhythm guitar.  Jon King on lead guitar is also an element that has greatly contributed to the sound of this band, he delivers scorching guitar solo’s.

To me the best song of this album is ‘I Am’, where the vocals reminded me a lot of Judas Priest’s Rob Halford in his best days.

And even when the overall sound of the album is leaning just a tad more towards trash, a genre  I normally don’t like that much, the quality of the music, and the freshness of this blend, makes me like it.