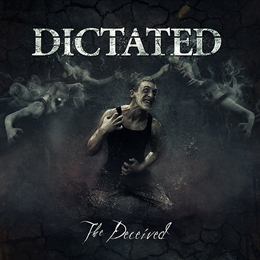 After 10 years their second Full-length album not bad. “The Deceived” Starts with “Forced into Dismay” a mid tempo number more an intro to prepare you for what to comes… And yes second song “This is to all” is just like hell erupt with the voice of York and the guitar riffs from Sonja. This is like a for play that never ends and returns again and again. Third in a row “No Absolution” again a mid-tempo song with a nice bass-line and a straight drum part that’s what I like about death metal. What is the best track on this cd nothing less than “Dispossesion” I can feel the sphere and bread the anger of this song… And then the title track “The Deceived” also not bad at all but what I miss is more variation after listening 7 song I have some ‘déjavu’. I won’t say this is not a good cd but I was expecting something special on this album. But if you like this sort of metal or this group, just buy this cd.