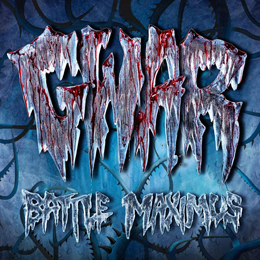 Once upon a time in a galaxy far far away, there was an elite group of chaos warriors who have been plundering the galaxy with a boundless hatred of all things alive. They were called the Scumdogs of the Universe, and they grew in might and fury, the greatest weapon in the arsenal of their cosmic Master.

But they became too powerful, and too defiant, and for their cosmic crimes were banished to the most insignificant planet in the universe…the seething mud ball known as Earth.

Millions of years passed, and they slumbered, until the pollution of your world de-thawed these creatures from their ageless coma…and now they stride the Earth, living gods, dedicated to their goals being the destruction of the human race and the eradication of existence itself.

Well, that’s what the band called Gwar wants you to believe. As a matter of fact, they are an American punk rock meets hardcore trash band that was formed in 1985. The band is best known for their extravagant costumes, over the top lyrics and graphic stage performances like spraying gallons of fake blood upon the audience.

In the past, they’ve proven that they van give a show but what can we expect from their new album. Naturally the fans will be delighted that the album again is overloaded with typical Gwar humor. Besides that it really has a nice musical vibe going on witch proves that no matter how over the top these dudes go, they know how to make good music. So it may have started as a big joke, it ends with a lot more.