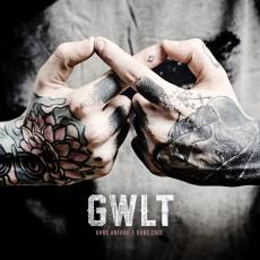 This München based Teuton Hardcore project was founded in June of last year, when singer David Mangoya (of Roger Rekless), drummer Fabian “Fabi” Füss (formerly of Emil Bulls), and guitarists Florian “Flo” Gudzent (of The New Recruits) and Chris Zehetleitner (ex-the Blackout Argument) joined up with bassist Michael “Michi” Kokus, and started messin' around with some new tunes.

Pretty soon, the dudes decided to record three songs which, after being mixed at Köln-based Pitchback Studios (where before bands like Light Your Anchor, Marathonmann, Vitja, Nasty and more, spent some time), were put on-line on October 11 of last. Through Cutwork Collective (the band's own?) those three songs are now released on a mini-album CD format. Expect aggravated metallic Hardcore with Rock sensibilities and, why not, the likes of Hatebreed as comparison...and very explicit and outspoken German lyrics which are for the most part rapped (with somewhat of a local accent too). To promote their debut EP, the band erected the special website (www.) ohneanfangohneende.de, with links to the band's pages on instagram , facebook , and YouTube. Regretfully, for some reason the link to YouTube didn't work, and due to the network PC on which I do my research still working with an old browser, I was also unable to check the “Bandpage” at (www.) facebook.com/gwltofficial, but at least the link to YouTube worked, allowing me to view the video of the EP's track “Krrk! & Frieden”.