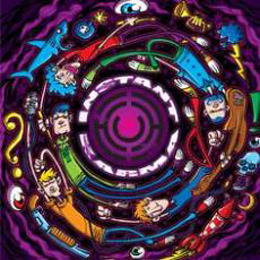 Hailing from Beveren-Waas, Heads Up High is a Belgian quartet which started as a quintet at the end of 2011. About a year later, the position on the lead guitar was taken in by Nicolas Moens, and the material already written was reworked to something which the band itself calls a blending of Pop Punk and Hardcore.

With the new guitarist in place, and both him, rhythm guitarist Jamie Taylor and bassist Jurgen Peters aiding lead singer Kenneth Robert in the vocal department to ensure maximum sing-along factor, the band participated to early 2013's band contest Lawijtstrijd, taking away the audience's price in April. Band contest Willyrockrally found the band entering the finals, and winning the KU Leuven Students On Stage found the band playing at Leuven's Marktrock in August. In other words, at least part of the Belgian concert-goers had already been convinced of the qualities of the band. Time to record our first album, and spread the word a little more, the guys must've thought...and of course, rightfully so!

So, in the second part of 2013 the band travels to Holland's MPR-Studio (Waalwijk), to record 9 tracks under the supervision of producer Frans Vermast (known from productions for De Heideroosjes, Krezip and Nailpin to name but a few, he would not only record the material, but also mix and master it). Well, three of the band traveled, actually, as the drummer had recently left the outfit, and the guys were still looking for a replacement. No worries, though, as Roel Van Helden (of My Favourite Scar) was found willing to stand in as session drummer. Returning home, the boys found a new drummer in Louis Van der Linden (on stage he also takes care of triggering the few samples the band uses) in October of 2013. The album was presented to the local audience at Beveren-Waas' own JH Togenblik venue, with an energetic show which only just failed to make the proverbial blowing off the rooftop of the place a reality (just joking!).

Now, describing their music as a Pop Punk/ Hardcore hybrid is not saying a lot, because that description can take the music a variety of ways. My adding that the music surmounts the description in certain ways, doesn't help either, nor my stating that the lead singer has a slightly heady clean voice which sets him, and with him also the band, apart as a recognizable entity within the genre. This being a rush job, I didn't invest time to actually look into the band's lyrics (printed in the 12-page booklet), but I got a general impression of a positive and optimistic outlook on things. As stated before, the band makes use of a couple of samples, which may very well have been created by the band itself. These are passages of more atmospheric music composed on keyboard/ synth (in the case of the 1:16 instrumental album opening “Apocalypse Now” - or would that be a sample taken from the renowned movie's soundtrack?) and extra “piano” (for the opening sequences of “My Word” and album closer “Generation Y” - the end passage of which finds the band goin' into their own version of a well-known US Army training camp “hymn”).

However, leaving those details for what they're worth (and they are indeed nice passages!), I'd rather not describe the band's music by trying to make inadequate references to other bands, and much prefer for you to go discover some of the band's rather excellent music elsewhere on the Net, as at (www.) headsuphigh.be, (www.) facebook.com/Heads.up.Highband, or (www.) youtube.com/user/headsuphighband. Little detail : in the letter we got along with the physical copy of the album, there's no longer mention of rhythm guitarist Jamie Taylor being part of the line-up. Is the band looking for a replacement, or not? You might find out faster than me, as my access to Internet is currently restricted to an absolute minimum.