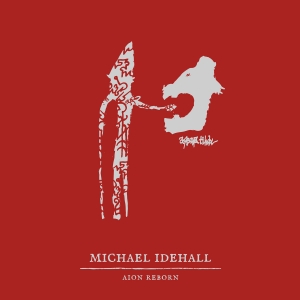 For about a decade, Swedish sound artist Michael Idehall creates a very own-faced form of Industrial under his own name. before, he was active under different pseudonyms too, but as Michael Idehall, this guy from Gothenburg is the most successful one. He always ‘tries towards manifesting an opening to a world beyond mundane. The creative process involves honing in on the nexuses between the flows of mind, matter and spirit. Nexuses which exist inside the human being, but also in the outer world, as conglomerations of energy and matter. [] This convergence is revealed through the clash of ancient and modern, natural and artificial, and first and foremost the instilling of spirit into object’. Well, you know, it does say a lot. The esoteric / spi/ritual subjects that are the basics of this noise-sculptor are sort of defined by this quote. At the same time, it defines his creativity as well as his unique approach.

Michael Idehall released many highly appreciated albums in the meantime via labels like Ant-Zen, Belzebez (I think he’s involved into this one), Beläten and some more, and Aion Reborn is his second one for Raubbau, after 2017’s Machine Spirit Transmission. In forty-one minutes he is able to offer the audience a worthy successor of Machine Spirit Transmission or, especially, Prophecies Of The Storm, which was released earlier this year via Ant-Zen. The result is ‘a gripping and sometimes horrific tale from start to finish where the lack of an easy path for pursuit is part of the experience – hypnotic, forceful and savage’. Even within the (grandiose!) artwork, this can be seen. You can find a digital edition, evidently, or in case of physical there is a (limited) tape version too.

The forty-one minutes sonic adventure starts with the title track, which is a very eerie, dense and murky piece. This song is minimalistic in approach, based on repetitive noises, industrialised and machinal, yet atmospheric too. It is a great opener to much more energetic harshness to come. With The Dead Must Be Silent, Michael Idehall brings something quite bizarre, like a dissected form of repetitive and spooky Industrial with hidden details of Power Electronics, far away, hints of Dark Jazz, and those menacing spoken words. Samsara then again explores harsher, more mechanical and metallic paths. Death Industrial structures, loops and feedback, and hints of droning Rhythmic Noise get enriched by convocative voices and electronic devices. Michael describes his Music as ‘Seancetronica’, and a piece like this one just defines the core of that moniker. It is a sonic exploration with an icy ambience and somehow with a ritualistic undertone. As from here on, this travel goes on. Throughout the rest of the album, more elements join the essence: surreal electronic beats, haunting drone passages, experimental Noise (like in Radiation From A Distant Gnosis), cosmic ambience and industrialised bass lines, besides the grimly-shaped voices / evocative spoken words (cf. Canopy amongst others) and many additional sounds.

Each track differs from each other, which makes the listening experience suitable to endure. At the same time, Michael Idehall comes up with a recognizable approach, which makes this album, like several older ones, courtesy of no one else but himself, even though it is less ‘mantric’ and ‘tantric’ than, let’s say, the former Raubbau release. It does not matter if a composition is heavier in sound or more introspective, intense or subtle, oppressive or enlightening. Seancetronica is, as said before, an appropriate description. Listen to tracks like Canopy, Samsara, 098t or The World Moves and you’ll understand…