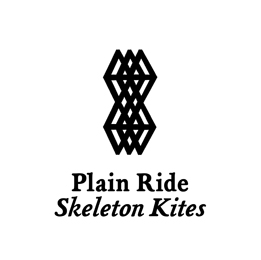 In reviews of albums by the Finnish Circle, I already mentioned the prolific career of that band's leader/ bassist, and touched on the other members' activities...and I am therefore quite happy to finally be able to go into the “extra-curricular” activities of singer, guitarist Janne Westerlund whom, besides playing in Circle, is also known from Pharaoh Overlord, Chainsmoker, Sweetheart, and Plain Ride, which he started as far back as 2004! Waiting for releases by the other bands to go deeper into that part of Westerlund's career as a musician, this time around I'll restrict myself on Plain Ride. Although I found but scarce info, I'm happy to share that with you, hoping you at least appreciate the effort!

I can only guess that Westerlund started Plain Ride at the time, because the music with Circle showed a tendency to include a little less vocals, indeed occasionally went for a completely instrumental mode. Having gathered around himself the necessary musicians to follow his musical visions, which in essence don't go too far away from those of Circle's, combining elements of Folk, Country, Blues, and hypno-psychedelic Krautrock, Westerlund soon found himself releasing Plain Ride's debut full-length On The Flow, through Ektro Records, of course! What with all the other band activities the singer/ guitarist is involved with, further releases (all again through Ektro) came dispersed through time, but thanks to the band leader's prolific songwriting capacities, Plain Ride is now up to its 5th full-length release, having followed-up the debut album with Strange Trial in 2007, House On The Hill in 2009, and Stonebridge in 2011.

Compared to Circle (and I hope you'll understand my not...not yet checking Westerlund's other band activities for a counter-check), the vocals differ in that in PR, the singer primarily uses English lyrics...throwing in Finnish stuff only occasionally (the exception to that “rule” being this album's closing song “Suuri Vesi”, which is done completely in Finnish). Otherwize however, you can expect to find that same hoarse vocal timbre which sets the singer apart from his contemporaries, and which generally speaking brings somewhat of that Finnish desolation into the whole (lightened only, as the info sheet tells us, “by sporadic dribbles of coffee-black humour”). As with Circle, the music finds itself growing and evolving constantly within a song, thanks to subtly incorporated undercurrents. The length of the songs (7 in total for an album length of 43:22) varies from almost 4 minutes to almost 9, and obviously the undercurrents will be somewhat more elaborately worked on in the longer tracks...which however doesn't mean that those three “shorter” songs (under the 5-minute margin) are therefore less enticing. Now as I occasionally find truly fitting descriptions of a band's music on the info sheet which accompanies it, I simply will not deprive you from that given here : “This is a Blues album created with a mindset of a West African Proto-Doom band, made in Finland, 2014”! A description which fits Skeleton Kites quite perfectly, indeed, and an accomplishment which Westerlund achieved with the help of his band members (no idea when they joined) Julius Jääskeläinen (guitar & keyboards), Sami Vironen (harp, keyboards, guitar), Pekka Jääskeläinen (bass), and Anssi Hallio (drums).

I'm afraid I also found very little sources of the band's music, one being (http://) soundcloud.com/ektrorecords/plain-ride-empress (for the album's 7-minute opening track “Empress”), the other found as an official music video for the album's title track in the “Timeline” section of the band's facebook page (www.) facebook.com/plainride. Possibly (but you'll have to check that for yourselves) more/older material can be found at soundcloud.com/plain-ride! Now go and have a listen, will you!?