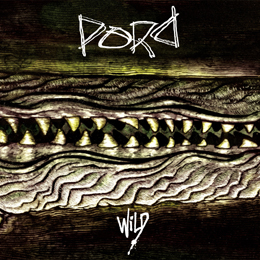 Founded at the end of 2002 as a Progressive Rock trio, this Lozère based French band (actually, they're from Marvejols in the South of France, a town situated squarely in the middle between Clermond-Ferrand and Montpellier – in effect, some 174 km by road from Montpellier, by way of Millau) recorded an album entitled N'Importe Où..., and then fell into oblivion, as first the bassist and then the guitarist successively left the band. End of the story for those guys...!

But not for drummer/ backing singer Sébastien “Séb” Daudé, whom bravely soldiered on through some more line-up changes, and saw his efforts rewarded when in 2006, the band's membership stabilized with singer/ guitarist Mike Paulhac and bassist Max Quintin. They spent several months in the rehearsal room, sorting out their divergent influences, and what came out was something quite more savage and brutal, a powerful Noise which quite often found references with bands such as Dazzling Killmen, Unsane, Breach, or even with fellow Frenchmen Tantrum. In other words, structurally complex compositions with a hypnotic background, with both rhythmically heavy and more sedate moments, the whole spicily flavoured with somewhat raucous vocals where applied. In April 2007 the band records a self-titled 4-track demo to give evidence of its new material, and in spite of a somewhat rambling sound, the EP gets positive reactions from several French media, most notably from the Noise Mag (N°9 edition) magazine, and the websites Nextclues and W-Fenec. Soon after, the band makes its first appearances on the local scene.

Fast forward to 2010, when the band joins forces with fellow French band Xnaybis (from the Picardie region) to release a split 7-inch (each band contributing one song each), which is released on the small Ocitas Industries label. It is in fact a foretaste for more to come, as on April 23 of 2011 the band presents its debut full-length Valparaiso [issued through the independent labels Réjuvenation, Ocinatas Industries, Contreplaqué Records (all based in Paris, and therefore taking care of distribution in the North of France – with the latter also doin' some distribution in the USA), Prototype Records, Gaburecord (based in Montpellier and Béziers respectively, and thus distribution in the South of the country) and P2Crecord] at the Fuckfest in St. Ouen. The album shows proof of a further evolution in the band's sound, with a very Rock 'n' Roll flavouring being added in all songs...but also of a higher precision in its execution, and an improved compositional ability to bring out tensions and relaxations within the tracks. Throughout the rest of the year and the two years following, Pord would travel all over France to promote its album, but they would also visit Belgium, Switzerland, Hungary, Croatia, Slovenia and Germany, taking in tours with the likes of Burne, Escarres and Verdun, and on the way playing the same venues as Hawks, Café Flesh, Buildings, 400 The Cat, Sofy Major, Pneu, Marvin, and others (in earlier days, the band had already supported the likes of Basement, Lucertulas, Knut, of course Xnoybis, Coilguns, Stuntman, and plenty of others).

Early 2014 finds the band releasing a very limited 3-track EP (so limited that some band sites don't even mention it as part of the band's discography), and some promotion is done by playing a couple of early festivals. In March however, the guys enter the Geneva based studio Rec Studio (where previously the likes of Basement, Knut, Tantrum, and Ventura had already done recordings), where Serge Morattel recorded this real nice new Pord album, sporting 7 tracks which will certainly go down well with fans of bands such as Keelhaul, Knut, and Old Man Gloom to name but a few. At (www.) solarflarerds.com, you should be able to find the songs “Staring Into Space” and “I'm Swimming Home” (the latter in the form of video). Found there also, are links to the band's own website (www.) pord.fr (where you'll find more music & videos) and their facebook page (www.) facebook.com/pordnoise (recommended for some alternate songs).