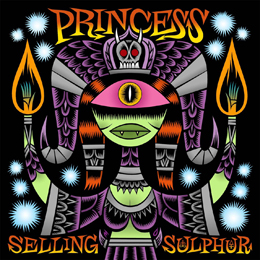 Interesting band with potential, that's for sure! But not for me.