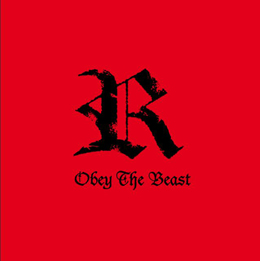 Amsterdam is all about Sex, drugs and rock 'n' roll. It's known for its prostitutes (=sex), it's famous coffee shops (=drugs) and Red Eyes is there to add the rock 'n' roll aspect.
A few months ago, they released their very first full-length, called Obey The Beast. Strangely, when you listen to the record, it's quite clear that don't obey anyone. They just make music they want to make, whether it's 'popular' or not. Red Eyes focuses on catchy riffs and vocal lines, which often refer to bands such as Iced Earth. Every song stands on its own and all songs are well thought through. Whenever you think to know how a song is going to turn out, it takes a totally different twist and surprises you again and again.
With the release of Obey The Beast, Red Eyes might have wakened a new trend, they themselves already call it The New Wave of Amsterdam Heavy Metal. Short: NWOAHM.