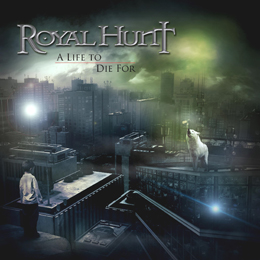 With just seven songs spanning 46 minutes is it a fairly brief album. The album is bookend by a pair of long songs though, the 9-minute “Hell Comes Down From Heaven” and the 8-minutes title track, both af wich are highlights and realy capture the melodic/progressive metalsound. Operatic “Metal” voices, symphonies made only with the keyboards, hard riffs, catchy rhythms, easy-to-learn lyrics; a perfect reunion of this elements in an album. If I may say, because some “great” bands try the same in many albums that just fail at the attempt, and not even 1 is good enough to compare with ROYAL HUNT tracks.

The feeling and drama that Cooper brings to the material is phenomenal. Royal Hunt’s songwriting is as accomplished as it has ever been.