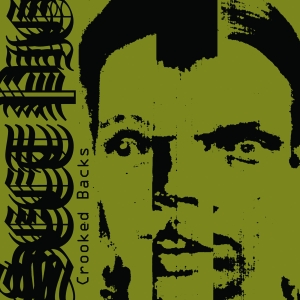 The weird entity Sect Pig strikes back with their third recording in five years, once again a short attack that confuses and enervates. …or not… Like before, the frenzy sonic outlet sees the smoggy light via California-based Nuclear War Now! Productions, being released the digital way, on vinyl (12” LP) and compact disc. Crooked Backs brings almost seventeen minutes of weird sonic terror, based on another unorthodox theme. It deals with genetic diversification, the protection of the human race via genetic selection, and related concepts. The gene pool has always been protected, and each deviation has to be eliminated. It has been a constant in man’s history, and still it is. Sterilisation has been practiced for genetic purposes (to eliminate the physical and mental abnormalities, to protect the superiority of the human kind), and still, right now, it gets practiced all over the world.

Sonically, this returns over and over again via the many vocal samples, taken from recorded investigation recordings on eugenic matters etc. Those sound samples alternate with the sonic, eh, let’s call it craftsmanship or something, courtesy of Sect Pig. This means a disturbed and disturbing symbiosis of Crust, Grind, (Black / Death) Metal and Noise. Fierce guitar riffs, murderous drum blasts, barking grunts and gasping growls, and rough bass lines are molten into a tumultuous and chaotic mish-mash. Pretty much like a mental rape, Crooked Backs disguises a nasty message, confronting the listener with the ugly truth (that we aren’t but humans, like earthly parasites with an insufferable arrogance).

It sounds very primal at first, unpolished, repetitive and low-profiled, but actually there is a lot to uncover. Despite a simplistic attitude, the deep character of the whole experience comes with several layers and levels, undressing themselves, like an onion being pealed. From production-related view, the sound remains filthy, anti-clean and rough, strengthening the primitive essence. But it works, for a clinical sound would totally un-rape the conceptual message.

So, actually this piece of sonic putrefaction isn’t that bad at all. Okay, it reeks of decomposing flesh, but isn’t that the main idea in the first place?...