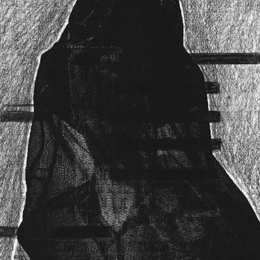 The guys at Mandaï delved into their closets, and got some of their not too recent items out for us to appraise. One of those, was the debut full-length of experimental outfit [sic], who are not to be confused with the Hardcore/ Thrash/ Death Metal act SIC from the Faroe Islands of Iceland!.

Nay...SIC may already be a band which befalls a specific categorisation within the Metal idiom, but [sic] are quite something else, indeed! Belgian of origin (and also known as [sic] electric), the purely instrumental [sic] apparently is an offshoot of Bl!ndman, and is already somewhat odd in its line-up, which features bassist Lieven Eeckhout, drummer Mattijs Vanderleen, and no less than 4 saxophone players in Thomas Van Gelder, Eva Vermeiren, Bertel Scollaert and Maarten Jan Huysmans. Another oddity about the band, is that I was quite unable to find any site on the Internet related to them (I could not even find any info on the band on the label's site, how weird is that?)! In other words, I have no idea of when the band started out or even where hey come from...and the only info I dó have, is culled from the couple of reviews posted at Mandaï's site.

It's from those reviews that I learned that the sextet recorded the 8 tracks (which got the really otherworldly titles "DiB", "MIV", "Mnl.", "IN", "KiYb", "M**R", "N9", and "DrN") at Kortrijk's Muziekcentrum in February 2012 with Hein Devos. What with all those saxophones present, it would be odd not to expect a certain degree of Jazz experiments, and indeed Jazz is a major part in the band's sound. Obviously, one must expect some occasional strange rhythm changes, and then there's the extra experimentation which is most obvious in the first couple of tracks on the album. There's definitely some electronic handling involved on the bass in the first part of the very energetic album opener "DiB". The ensuing "MIV" contains a same-like energy, but is focused immediately on the saxes, with a bass tuned into fuzz and some extra neurvous electronics coming in and out of the background. "Mnl." starts off far calmer with more discernible instrumentation focused on sax, but gets a freaky instrumental mix-up (with added electronics) in its ending sequence. The first though it evoked in my mind when listening to it, was that it would've been an ideal theme for a '70s- '80s detective series on TV. The ensuing “In” actually gave me the same feeling, but in a different way.

“KiYb” has a completely different approach, starting off with almost graveyard reminiscent sax and ominous bass in the background, and slowly growing open with still Doomy additional saxes (and a slightly more voluminous bass, still played in that wacky basic noise style which is yet still melody-carrying). “M**R” is beyond doubt one of the more conventional tracks on the album, and reminiscent of what a '50s - '60s big band would produce, soundwise...even if there's some unexpected rhythm changes, and always that bass (which opens the track with some electronics or odd effects jacked into it, and floats through the track with a rather fuzzy undertone in it). “N9” also starts of more conventionally, with clean saxes starting off a pleasant melody, but in the second part of the track those same saxes start off a seeming cacophony which ends in something electronic. Album closer “DrN” then, returns to the Doomelic feel. Starting off slowly, the track eventually turns into a more ominous one with the saxes searching the regions between clear play and overblown passages, which obviously makes for a interesting tonality.

Comparisons to other bands, as mentioned in the reviews I read, include Zu, Battles, X-Legged Sally, NRG Ensemble, Zorn, but also Soft Machine, Bob Downes and Keith Tippett. Personally, I couldn't care less about the fleeting resemblances, what I know for certain after listening to this album, is that [sic] is quite a unique sextet, which in the past already shared stages with Glenn Branca Ensemble, and whom will be playing a show at Dunkerque's Les 4 Ecluses on March 29. I know, it's in France, and for most of us Belgians it will be quite a trip to get there, but seen as I could not find anything on the band during over 45 minutes of research, it's the shortest way of getting to hear some music by the band, barring trying to get a copy of the album.

End conclusion? If you're into instrumental Jazzy music with an odd mixture of modern yet '70s feel, then you should try and get a copy of the band's album (and the best, no only,  way to do that is to check the Mandaï website). I'm sure [sic]'s music is gonna blow your mind to smithereens...in a good way, of course! And with that in mind, are you surprised to find me adding this album to my 2012 year-lists?