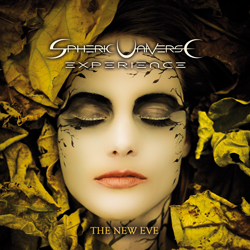 This is the fourth album for French band Spheric Universe Experience.  I have no idea what their previous albums sounded like, but apparently their sound was more situated in the progressive metal genre.

And although there are still some prog elements there, they seem to have been reduced to a strict minimum.  No intricate keyboard parts are to be found, as a matter of fact keyboards are even spares and between.  However the album is not bad, since the guitar parts are very good.

Another thing that may put you off, are the vocals.  Not that they are bad, especially not for a French band – remember most French bands in the eighties used to have singers with rather high pitched vocals, take for instance Warning, Satan Jokers, H—Bomb with the noticeable exception being Vulcain – and this is certainly not the case with Franck Garcia, but there are moments when his singing even tends to sound poppy. To sum it up: not a bad album, but it might disappoint former Spheric Universe Experience fans.